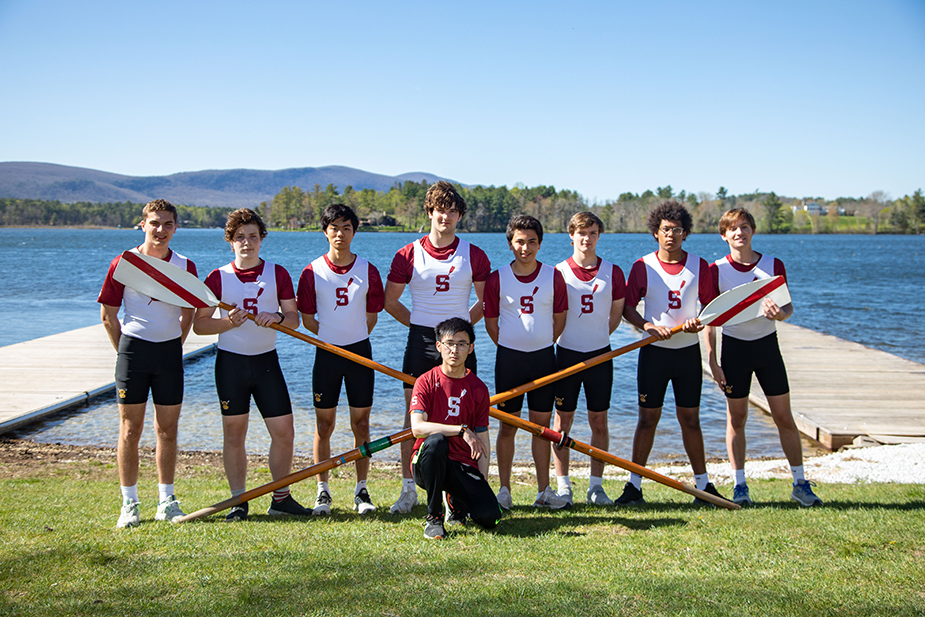 Toby has been teaching physics and coaching rowing at Salisbury since 2008.  In his first year, he coached the 3rd boat, containing four novices, to a bronze medal at the New England Championships.  Toby grew up in Burlington, Vermont, and has a misty memory of seeing a sculling shell in a protected bay on Lake Champlain.  He learned to row at MIT where his freshman crew, made up entirely of walk-ons, won the Division II National Championships.  He was in the varsity heavyweight eight for the next three years, winning the Club Eights at the Head of the Charles and competing twice at the Henley Royal Regatta.  In his senior year he was voted the team’s Most Inspirational Oarsman and won MIT’s Scholar-Athlete Award.  Continuing to row while pursuing graduate work as a Rhodes Scholar at Oxford University, Toby rowed against Cambridge four times in the Boat Race, finally breaking a seven-year losing streak in 2000.

After his time abroad, Toby spent two years as an assistant coach for the heavyweight team at Harvard.  He then spent four years as the head boys’ coach at Brookline High School, where his 2nd boat made the finals at the New England’s for the first time ever, and his 1st boat qualified for the Youth National Championships.  During this time he taught physics at MIT, and linguistics at Harvard and Northeastern. Toby has continued his own rowing in the last several years.  He won the Masters division of the World Indoor Rowing Championships in 2006 and has medaled two other times since.  He won the Club Fours at the Head of the Charles in 2004 and the Senior Four at Canadian Henley in 2006, and won a silver medal in the Coxed Four at the 2007 Elite National Championships.

No coaches were found for this team.